On the last day of May we explored a bit more of the region around St Petersburg, covering two spots in one go – Duderhof (aka Mozhaysky) and Taytsy Estate. Duderhof is situated right at the edge of the city, bordering with the Leningrad region, while Taytsy is already inside the region, though these two are just a few kilometers away from each other. 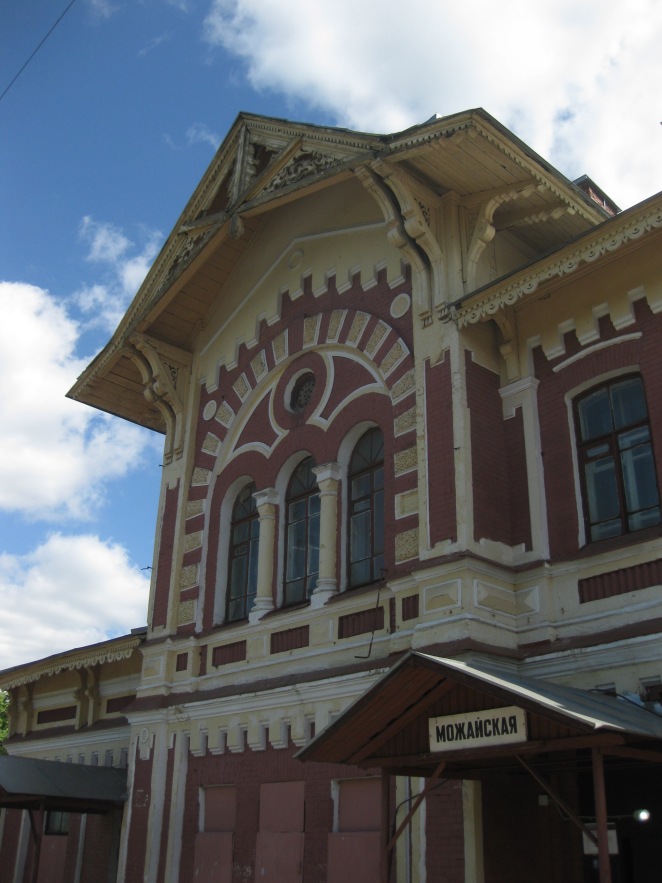 Our first stop was the 1890 railway station still called Mozhayskaya (after a Russian aviation pioneer Mozhaysky) although the settlement itself has now officially regained (one of) its previous name(s), Duderhof. We have quite a few German or pseudo-German toponyms around here, like Peterhof, Shlisselburg and even St Petersburg itself. The station building is not Art Nouveau yet but definitely very close. And then we moved a little bit further up the road to find this…

As part of my quest to visit all those Art Nouveau mansions scattered all over St Petersburg and its region, I had plans to see this one in particular as it seemed to fulfill not only the architectural ‘rules’ of this movement but also their aspirations towards a perfect location that would serve the purpose.

This is a hospital for cancer patients, built on a hill overlooking the plains below it. There’s plenty of air, so the location is perfect for convalescence and walks in the surrounding area.

And it was built by the maitre of Art Nouveau, Lutsedarsky, right at the start of this architectural movement, yet in its ‘romantic’ stage, in 1900-1902, for the sisters of charity. It does look like a small castle particularly when seen from the road as it sits on the hill surrounded by small houses and fields. The Russian ‘Alps’ view: 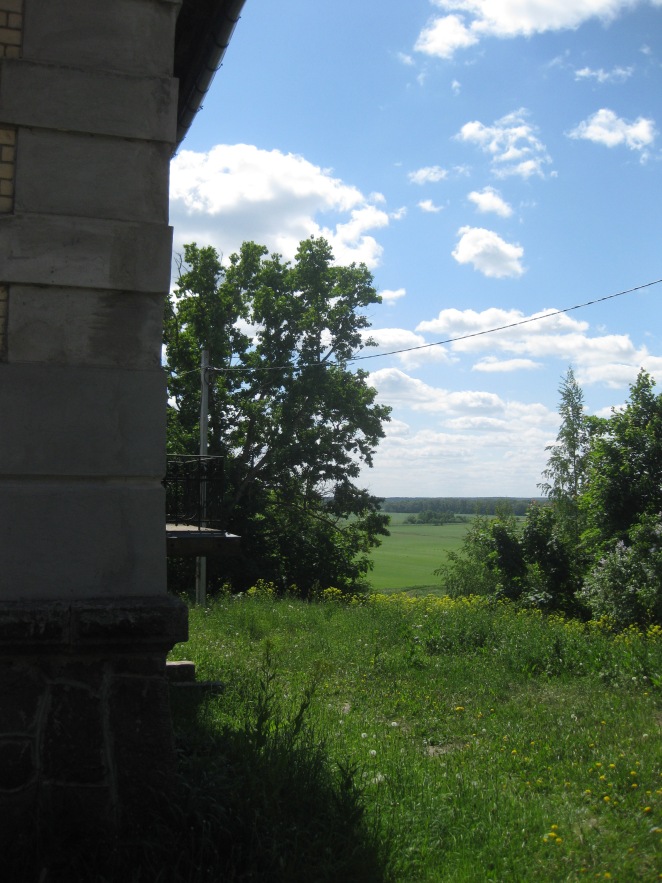 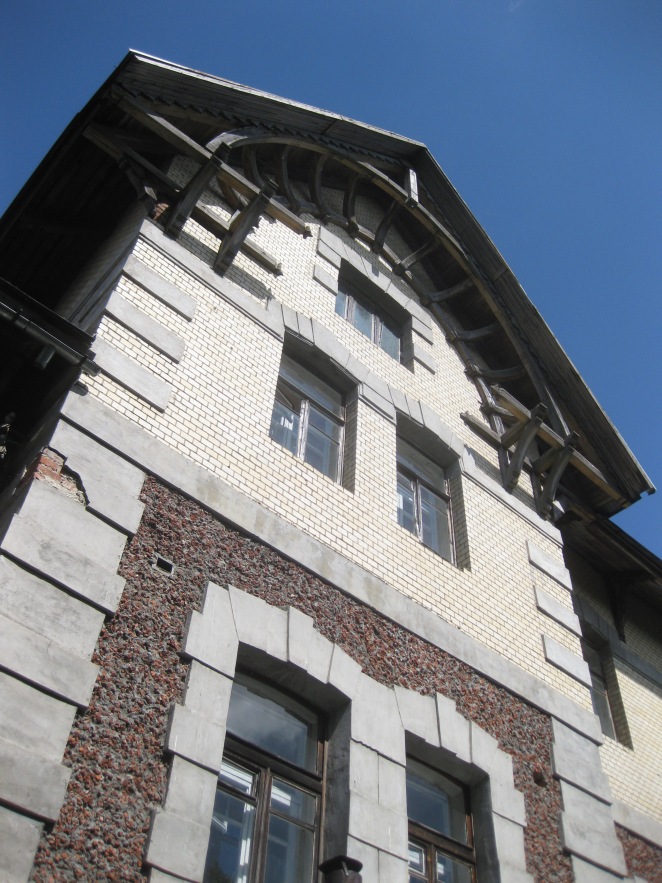 …and the ‘window’ on the left – not mentioning the grate and the tower! 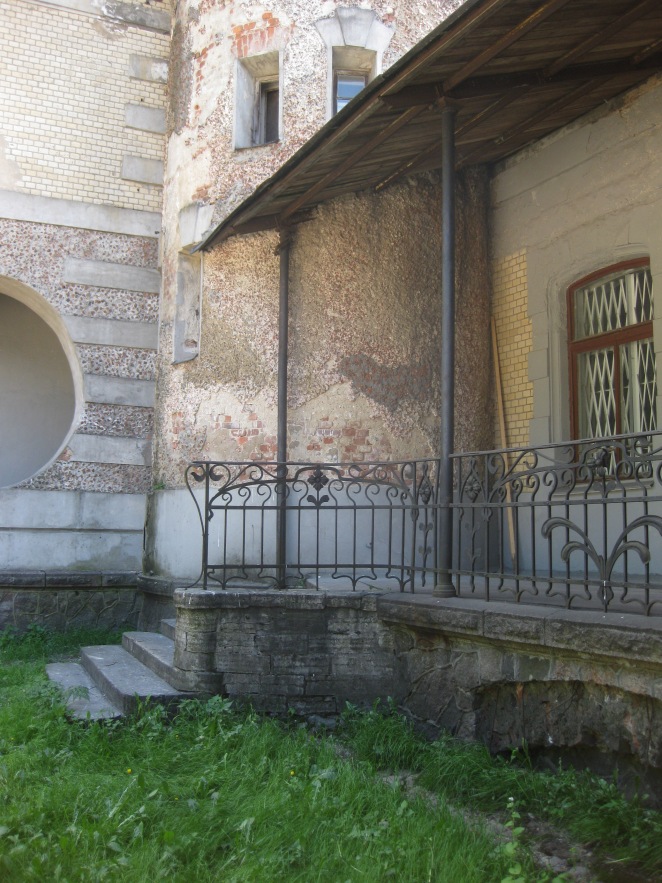 Not much is known about it, probably due to its extra-muros location. It is now occupied by a skiing school for children actually. Well, at least it’s somewhat looked after, maybe not in the perfect way but it’s not in the worst state for an Art Nouveau site outside St Petersburg either. Contrary to that, all that is left from one of the nearby wooden houses for the invalids (late 19th century) is this: 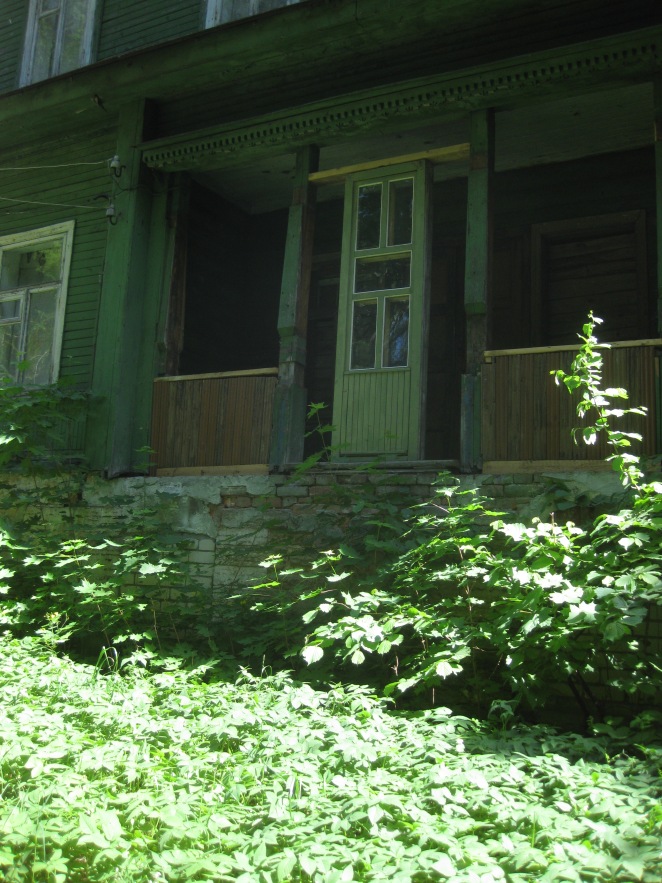 We climbed up the hill through a sort of a forest to this place – with a view too. This is Duderhof heights, reaching up to 176 meters which makes it the highest ‘peak’ of St Petersburg. A perfect skiing location with very specific snow conditions during the winter season – as well as nice place for walking with a curious mixture of trees and plants, plus a water source. 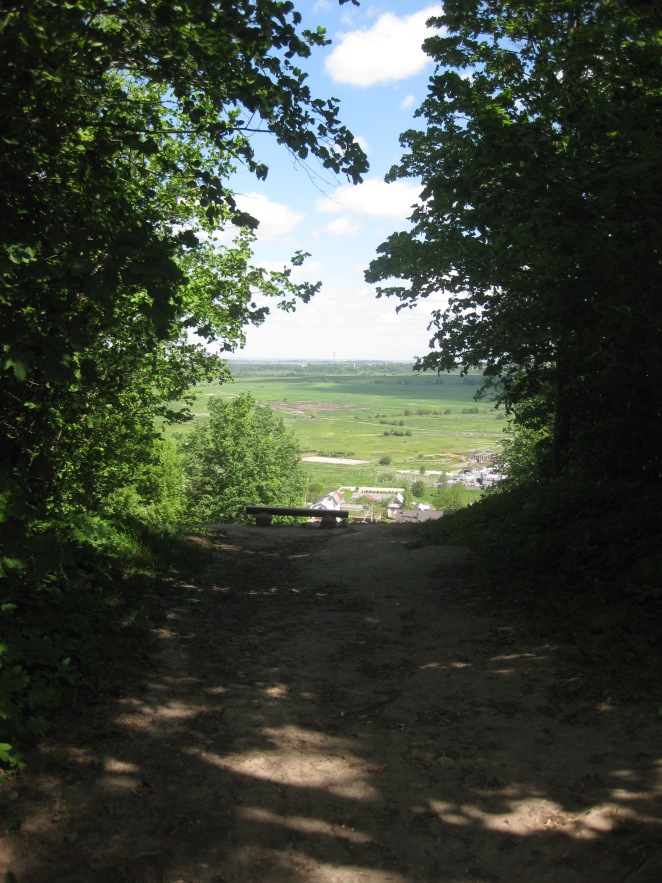 Unfortunately, the highest point of St Petersburg was not always all about skiing and just had to be very heavily involved during the war. The monument on one of the slopes of the hill represent the feat by the courageous crew of the famous Aurora cruiser who were deployed here with the guns taken from the ship. They got attacked by the enemy and very few of them survived the battle, after which the heights were captured in September 1941. The Nazis used this height to their full advantage of course – the city was there right below their feet… but never was it at their feet!

Our next stop was at Taytsy, a small settlement with a long history. As with many estates after the 1917 it got turned into a sanatorium (a sort of a health resort for working people), a collective farm (!) and later a rehab center. Now it serves film crews as a filming location, and inevitably falling into disrepair.

When we were there they were shooting something there, the main building was occupied and we could get a peep inside through a slit in the ‘shutters’. They did not say anything to us wandering about but we didn’t wander off very far either. There are other dilapidated buildings around the main ‘palace’, bearing the signs of their Soviet past on them. 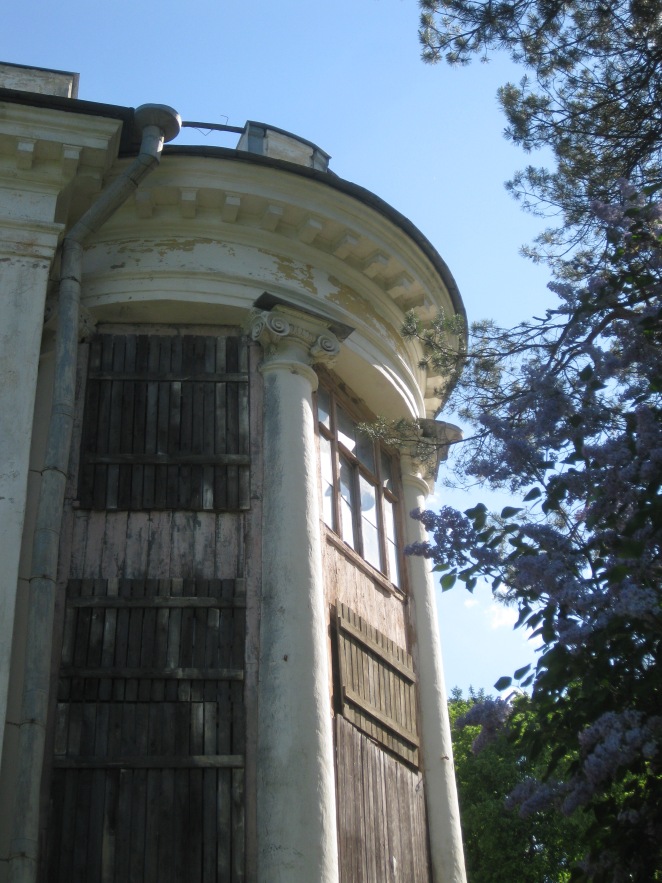 But I wanted to go to Taytsy mostly for the sake of its park which promised to be just as decadent in late spring as it is in late autumn. The lilac was in full blossom and the other trees were preparing for the summer as well.

You can study the way a park which was so carefully planned and then so much cared for for many years, got completely out of hand when left to its own that the nature has got it all back. Particularly obvious with this bridge which was made to look ‘natural’ and now has such a natural look that you can’t get any better than this! (my father’s picture of the same view is here) 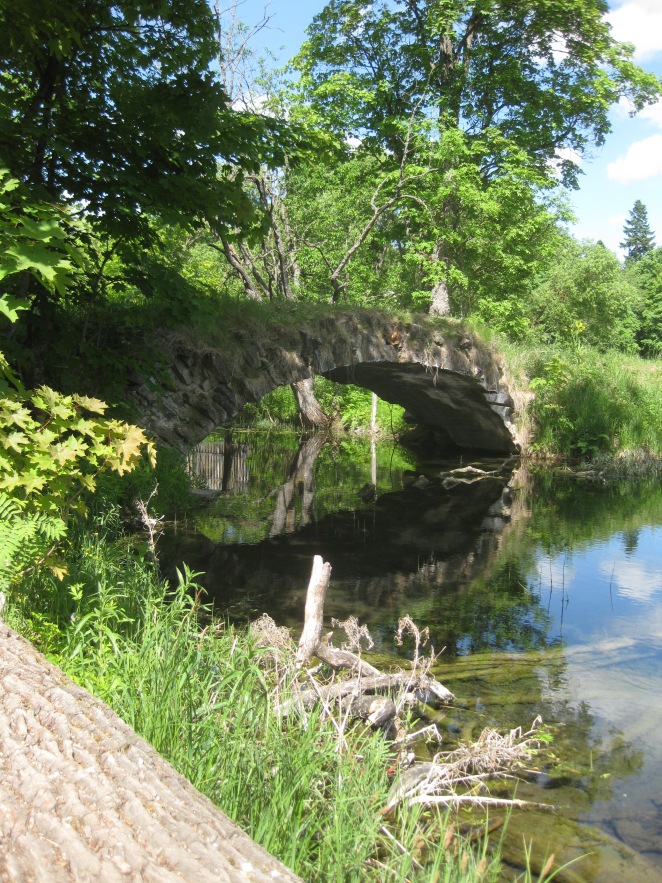 The trees looked happy with their now all-natural style.

It reminded me of the abandoned Soviet sanatorium I saw a year ago in Alupka, Crimea.

It was actually built in the late 18th century by a prolific classicist architect Ivan Starov to adorn the 110 ha park. The estate has changed many hands, from Pushkin’s relatives to one of the Demindov family, the noble and super rich family who made their fortune thanks to mining and metal.

Now the estate is abandoned even by those tired workers who used to regain their health here. There were some weird sort of construction going on nearby but we couldn’t see as the territory was behind a fence. I just hope they won’t turn it into a dacha for the rich and powerful.

Adding this post to the collection about the Environs of St Petersburg.