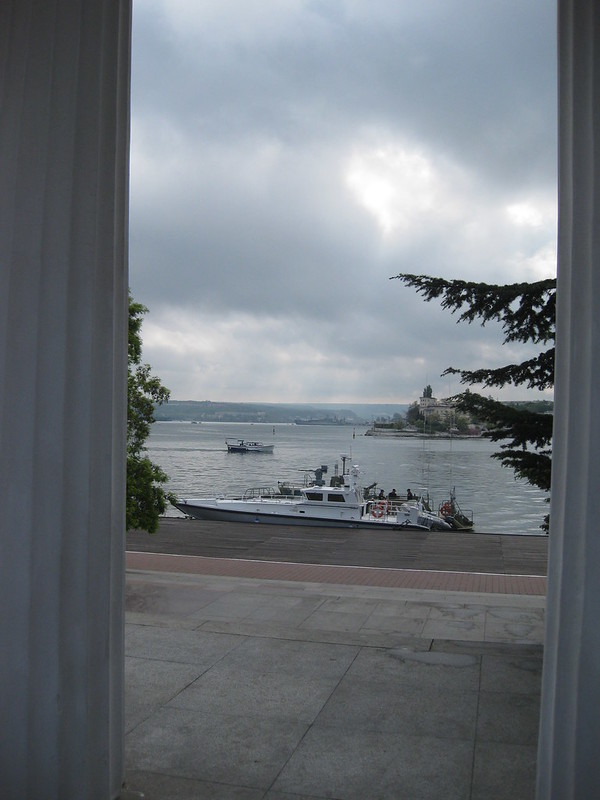 I arrived in Sevastopol just on time for the Victory Day festivities. I didn’t really plan it that way, it’s just that there was a direct flight from St Petersburg to Simferopol the night before. I took a long taxi drive to Sevastopol across the peninsula in almost complete darkness, snatching here and there the names of the places we were passing by. 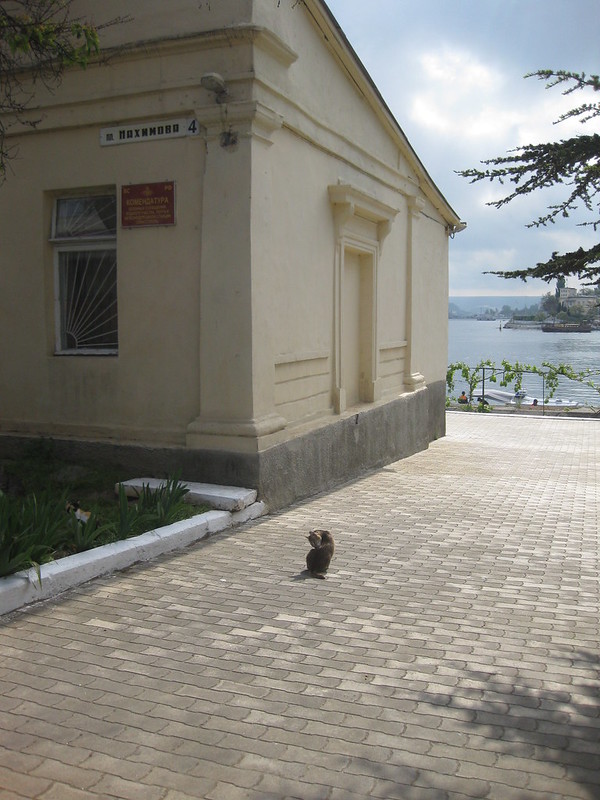 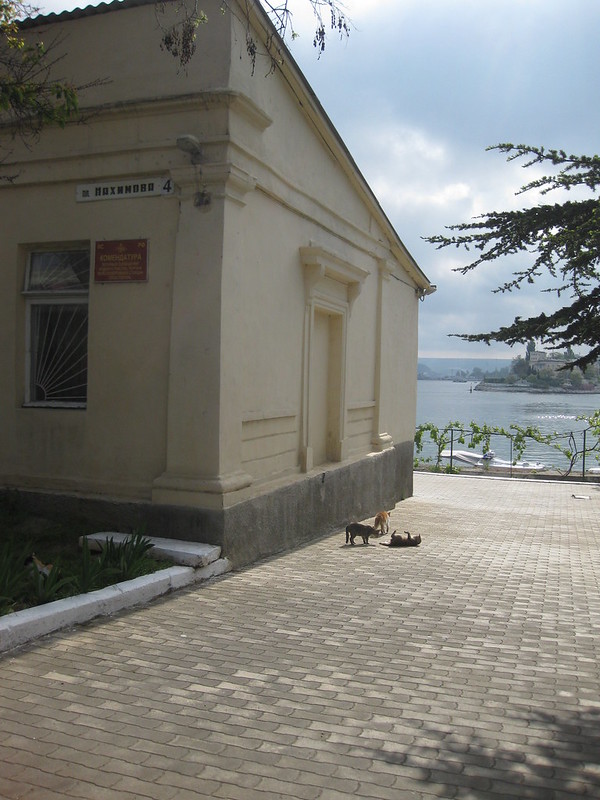 We arrived in the very center of Sevastopol in the morning before the traditional military parade (which I’m not a fan of), joining the crowds gathered all along the main street. The weather was not that inviting, it was misty and chilly once the sun decided to disappear. 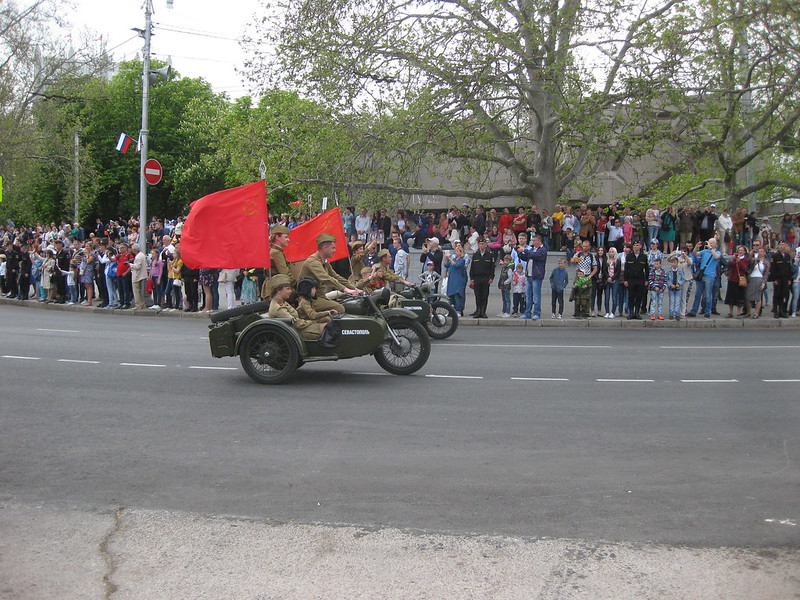 We did not wait for the ships to parade in front of the audience later in the evening but watched the people carrying photographs of their relatives perished in the War in an impressively long procession. Veterans were very scarce but those who were there (some of them were in the old cars and motorcycles) were greeted with all our hearts. 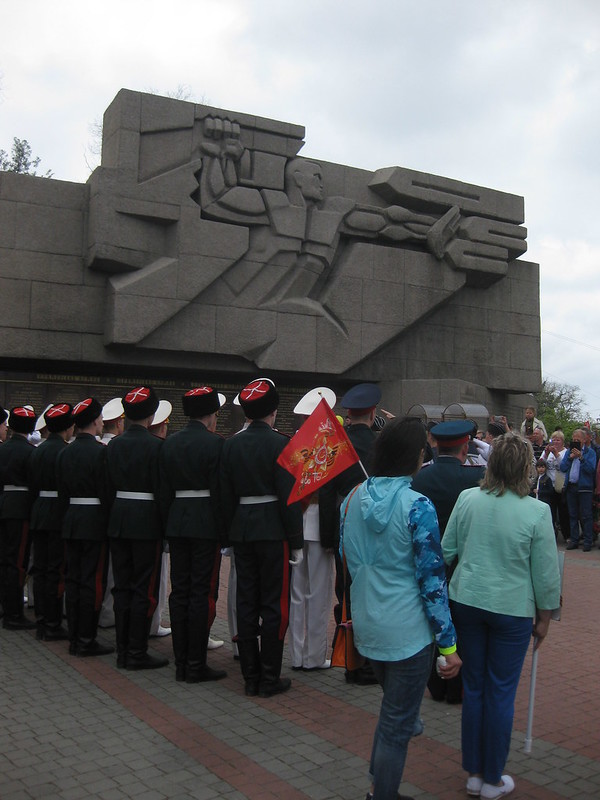 Then we walked in the center a bit, along the embankment too – which reminded me of Vladivostok, another important maritime city oh so far away! 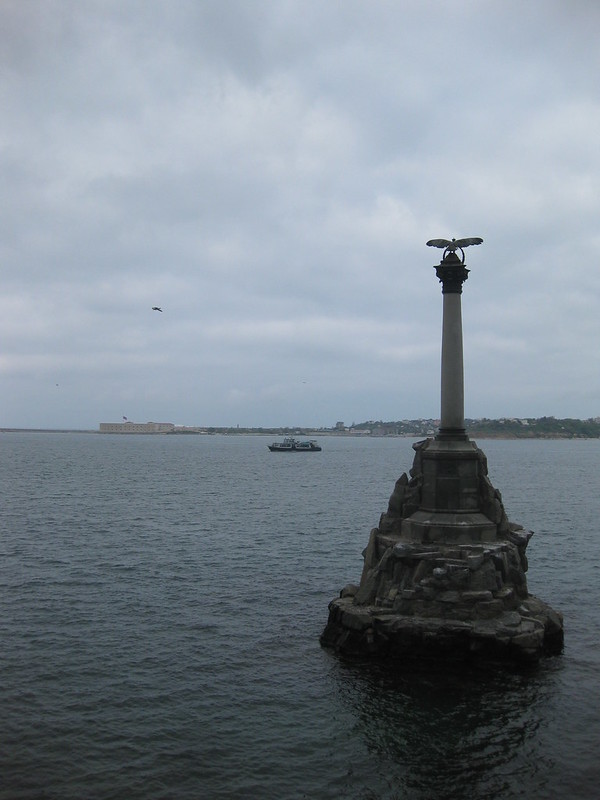 The center of Sevastopol is largely post-war (as the city was almost erased from the map), with many low-rise Stalinist style buildings decorated with hammer & sickle and the company. 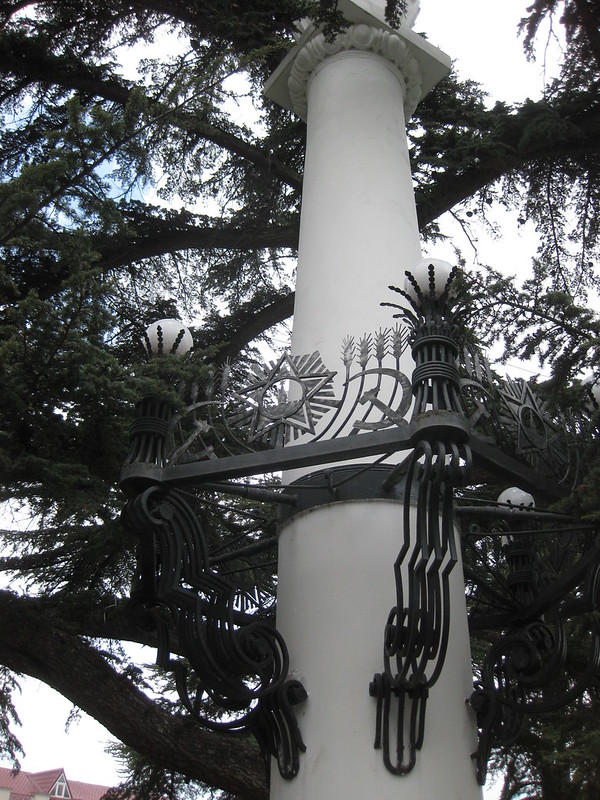 And yes, one of the main streets is called Lenina Street (can’t beat that!), where you can also find some forgotten artifacts of the gone era, in this case a sign telling you where to find the nearest telephone booth and which number to call in case of its malfunction: 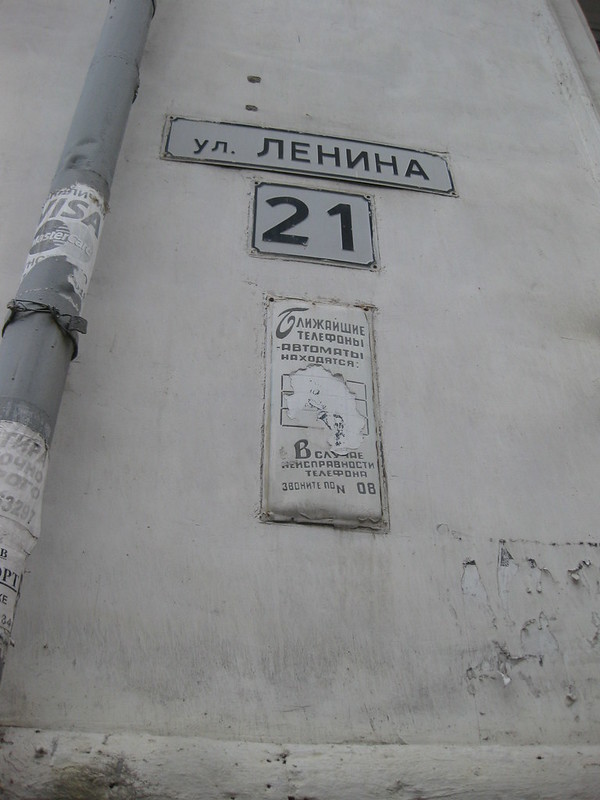 A bit down the same street we spotted this amazing (later Soviet) house. I wonder if its dwellers are ok with not seeing anything from their windows for several months of the year 🙂 We also visited a Greek cafe (and ate a spanakopita…), unfortunately, just before its owner shut it down and left the city. 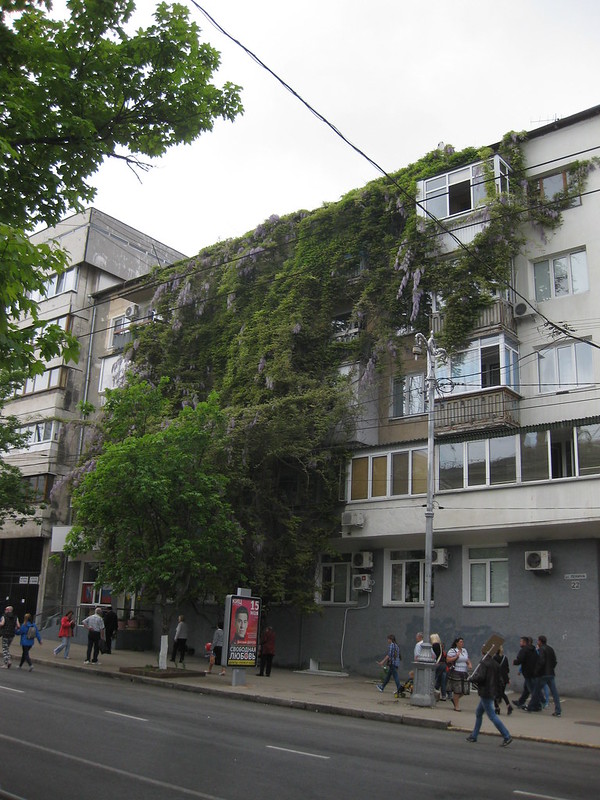 The center looks almost toy-ish, particularly when you turn your head towards the sea and see this immense harbour which features on many of my photos taken in Sevastopol: 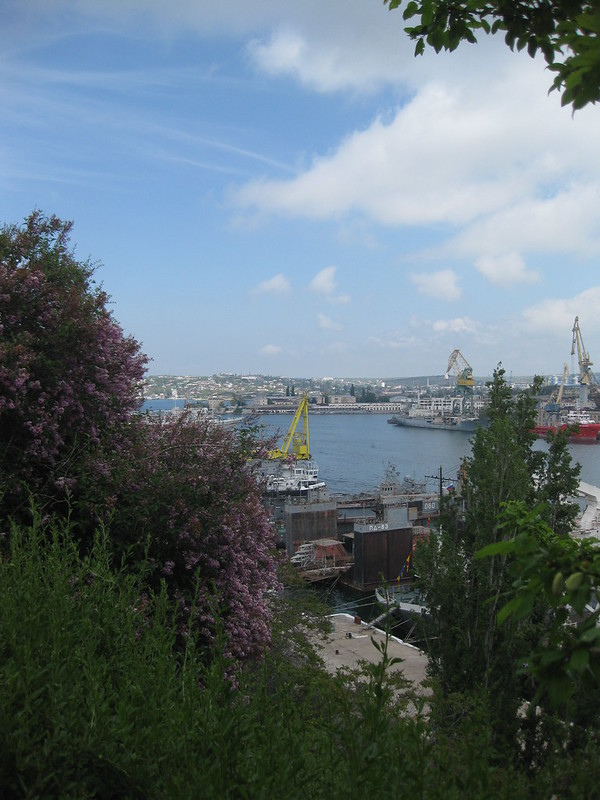 A typical semi-rotunda that can be found on many embankments in Russia – be it on a river or on the sea. In a very Stalinist style: 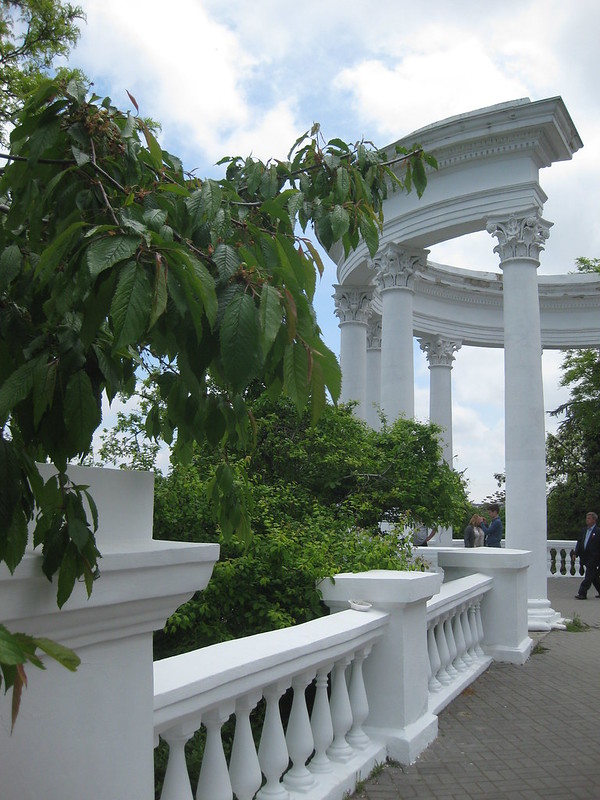 I can almost imagine couples (a sailor and a pretty girl or a captain and a lady) strolling along the embankment and stopping once in a while to take in the view: 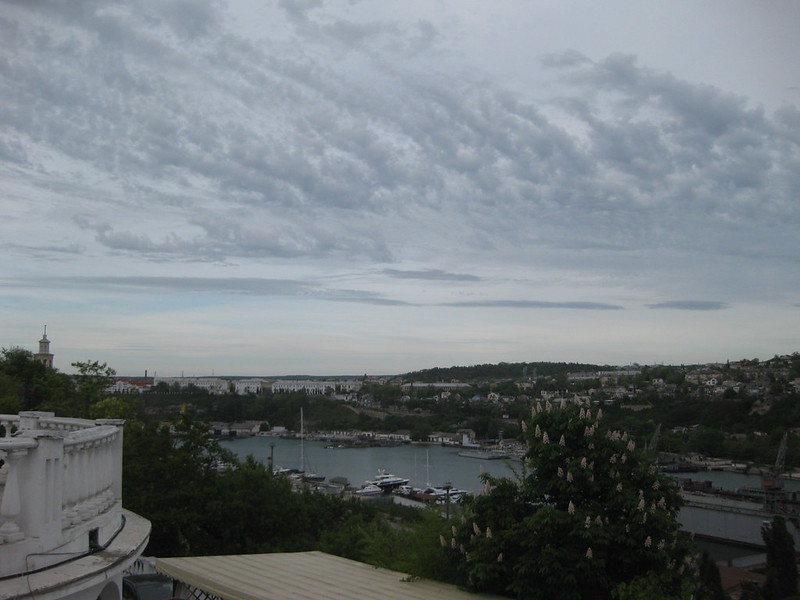 And here’s another view, of the Black sea close to where I was staying in Sevastopol: 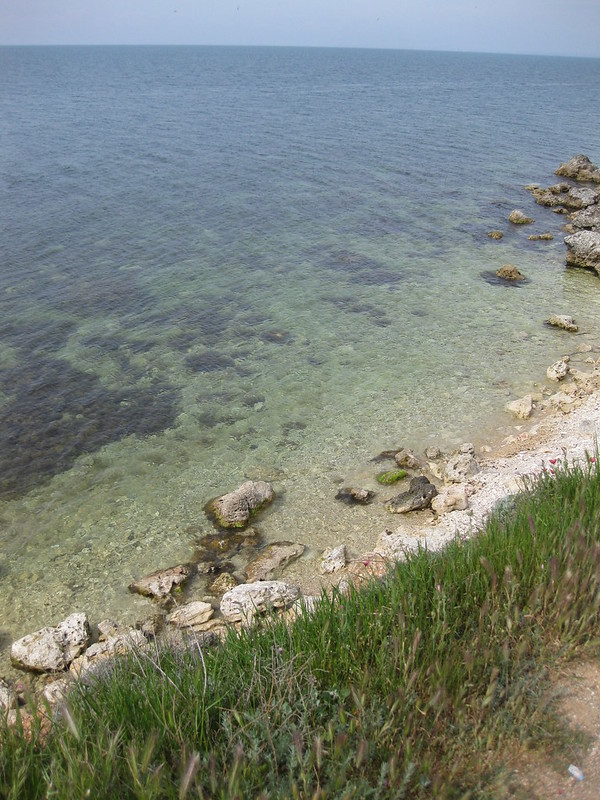 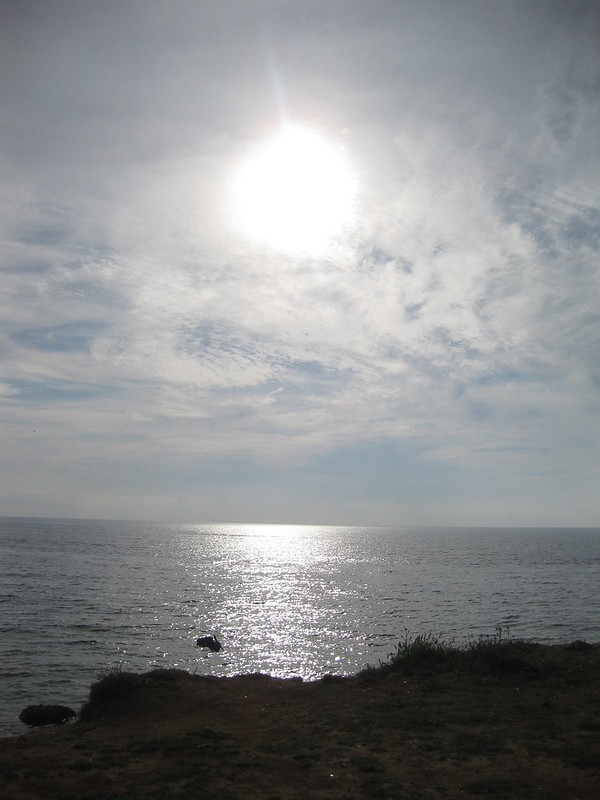 This trip wouldn’t have been the same (and in many ways might not have been that easy!), had I not the help of my Erasmus Mundus times friend Daria and her happy-go-lucky clockwork dog Busya. A very welcoming home, plenty of food in a very ‘wide-Russian-soul’ way, good laughs and so many useful tips for my travels! Thank you both! 🙂 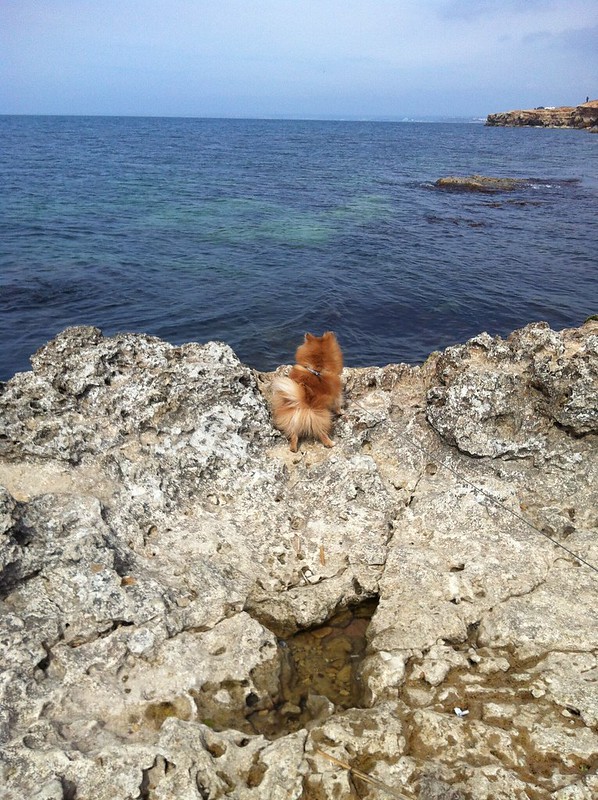 And now on to the poppies – the leitmotif of the Crimean spring. 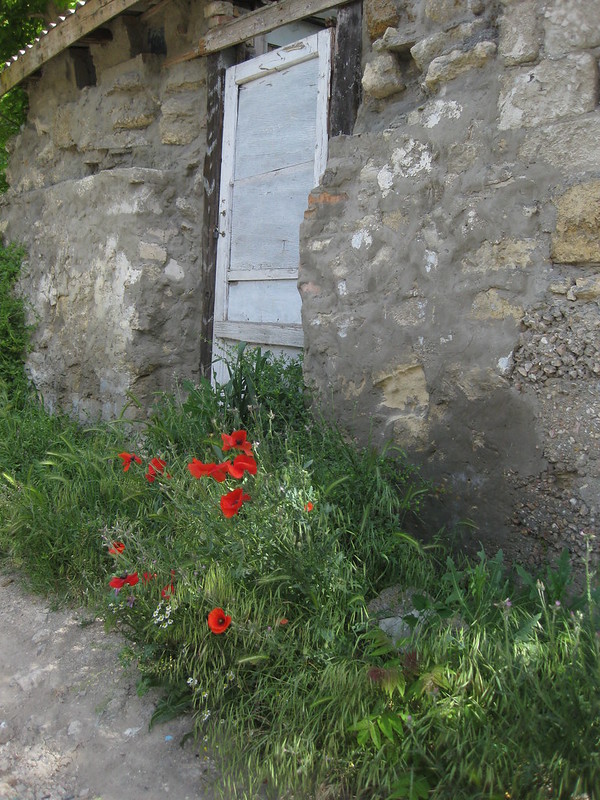 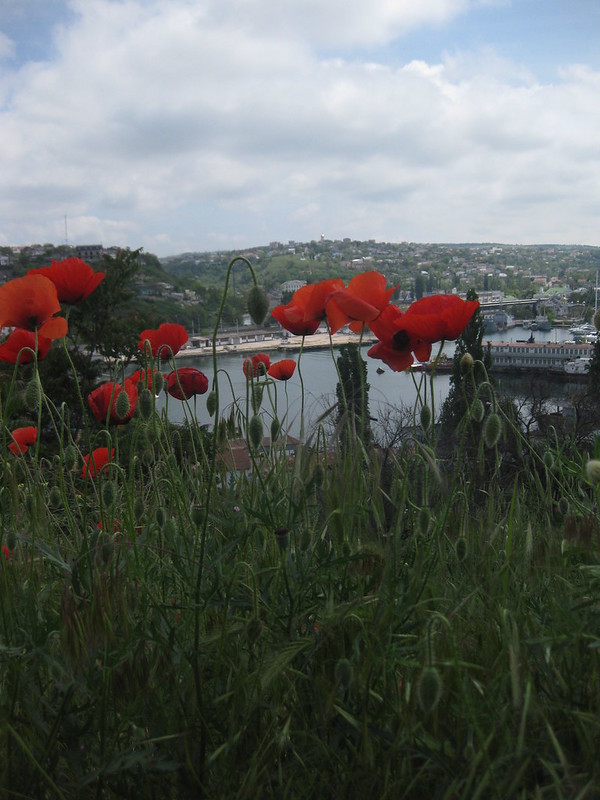 Can’t squeeze in here all the ‘poppies and…’ photos I took during my journey – most of them in Sevastopol: 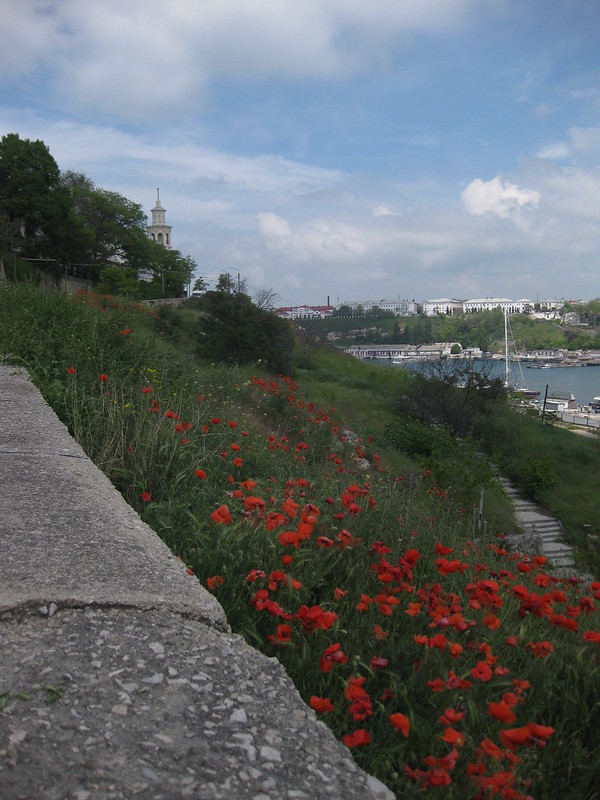 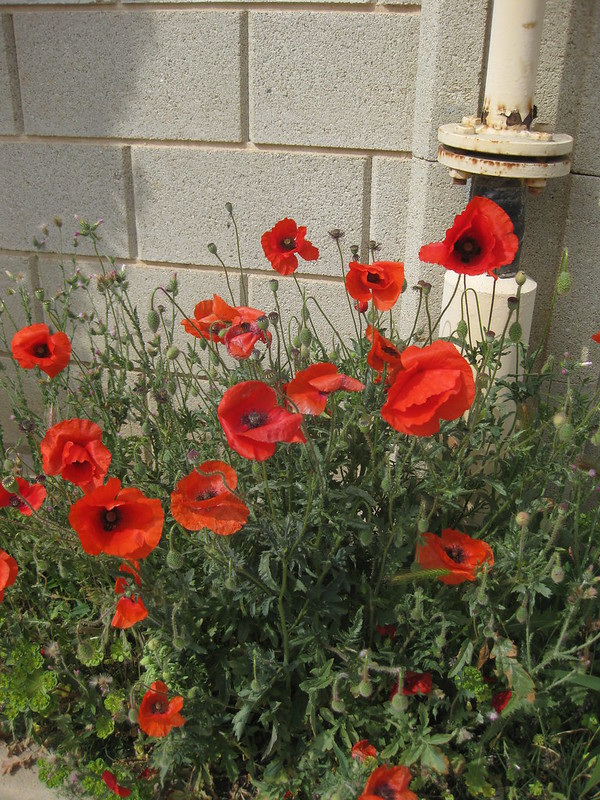 My conclusion on Sevastopol: a big city (it sprawls considerably here and there but the center is small) with great views on the harbour and much stuff to see if you are interested in the navy and the War. It is some 80 years younger than St Petersburg and suffered a lot during the War, so probably is not that diverse from the architectural point of view. A great hub to travel to the other corners of the peninsula, though. 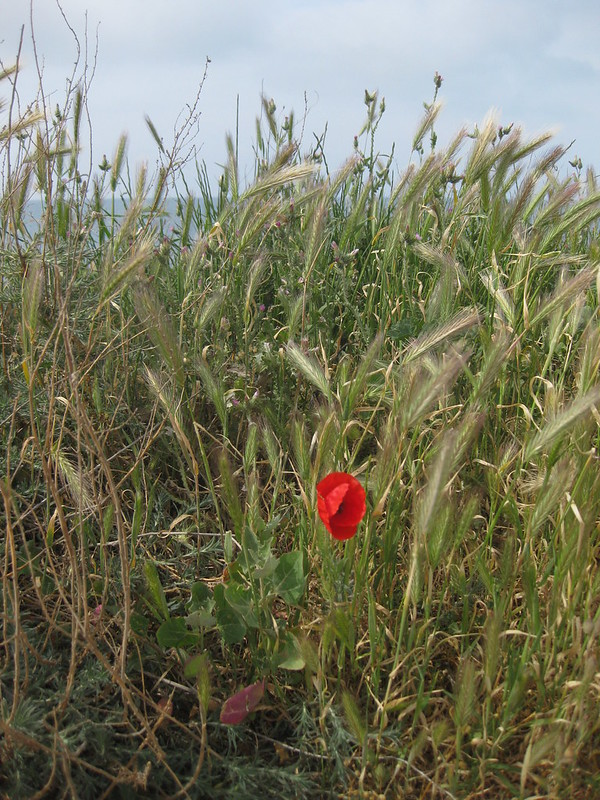 Will tell you about the environs of Sevastopol and the ruins of the ancient Greek city of Chersonesos in the upcoming posts. 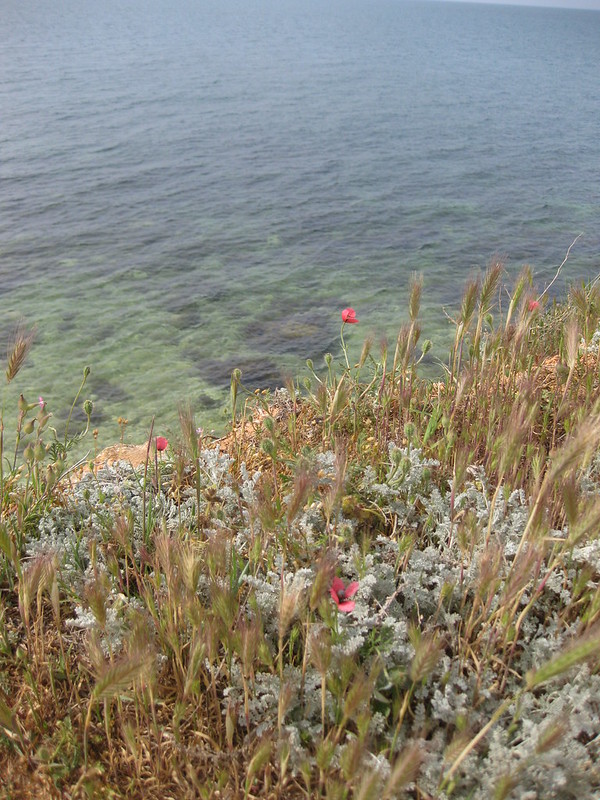 Crimea in May series:

Crimea in May: Ghost Soviet Sanatorium

Crimea in May: Vorontsov Palace and Park

Crimea in May: Nikitsky Botanical Garden and Massandra