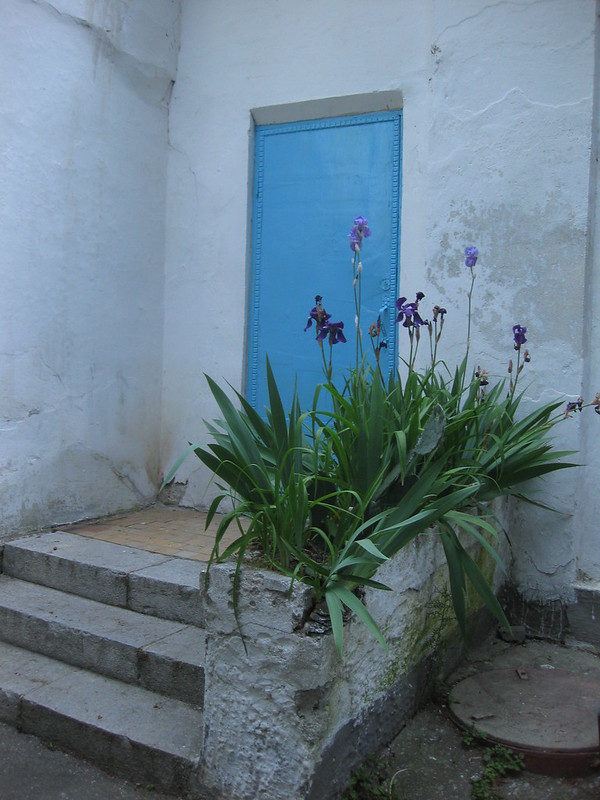 In continuation of my post on Vorontsov Palace and Park in Alupka here is my second one in the Crimean series in which I indulge myself into one of my favourite pastimes – exploring decadent places, sometimes but not necessarily including running away from dogs. 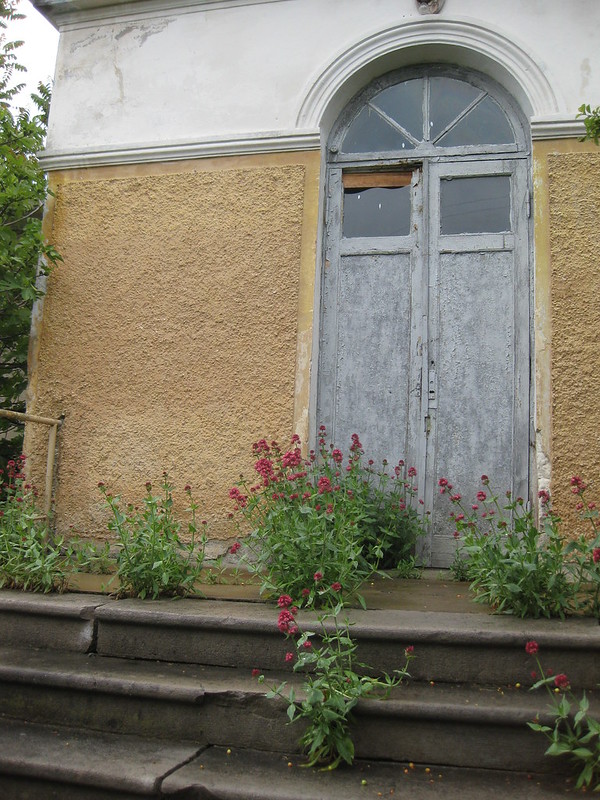 When I was walking down to Alupka’s center from where the Sevastopol-Yalta bus dropped me off on the highway, I read a sign on the bus stop – Sanatory Solnechny (Sunny Health Resort), there was even a booth nearby which was supposed to be greeting guests. It was closed though. 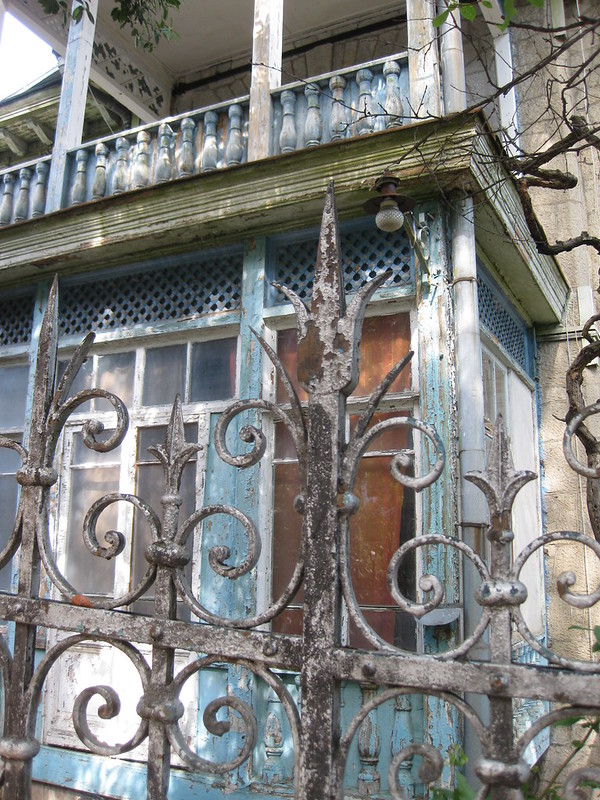 On the same day I spotted this mansion with this gate and a fountain behind it. The sign however read Vkhoda Net, no entrance… There were apparently several more of such mansions around with some signs and numbers on them. I realized these were the remains of that very sanatorium. So next evening I decided to go and see if I could actually take a better look at the place. 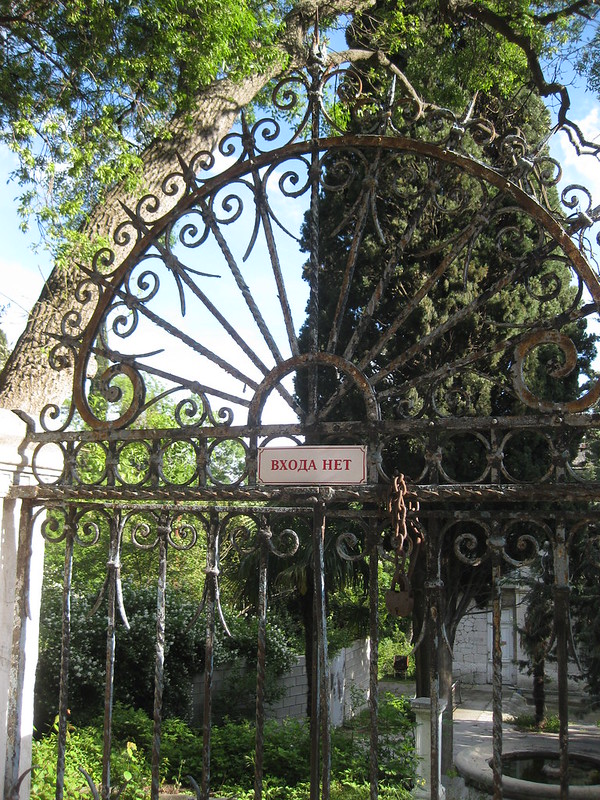 Sanatoriums were massively introduced in the Soviet Union driven by the idea that even the sole vicinity to the sea, fresh air and sun is capable of making people healthier and more productive. For instance, the Gulf of Finland coastline is stuffed with sanatoriums and children’s camps, all meant to let the sun-deprived citizens of Leningrad benefit from the pine forests and sandy beaches. 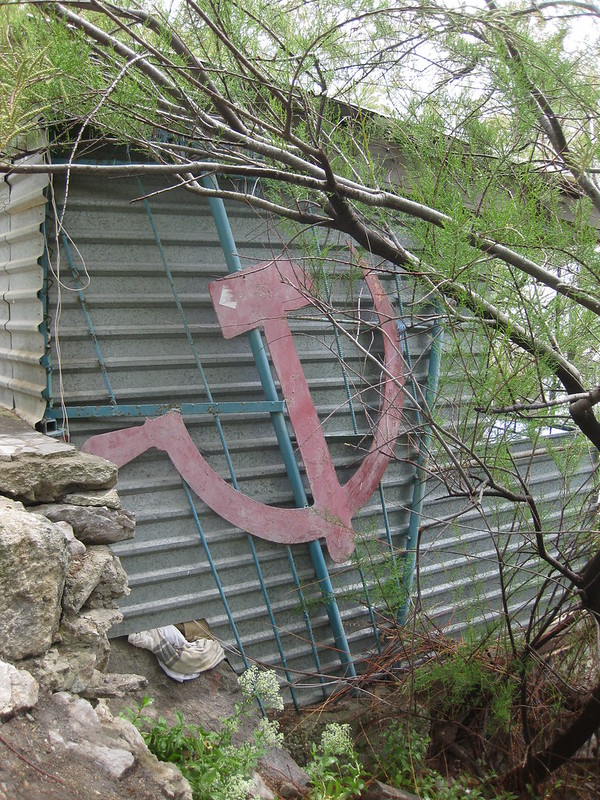 People would get heavily discounted putevka (vouchers) to such health resorts from their work places – or from a medical organization. And although a sanatorium is now mostly considered to be a place for elderly people lazily moving from one medical procedure to another throughout the day and enjoying their dietary restricted meals (adapted to the patient’s ailment), that was a way for many people to get some rest with the benefit for their health – at least once in a while. 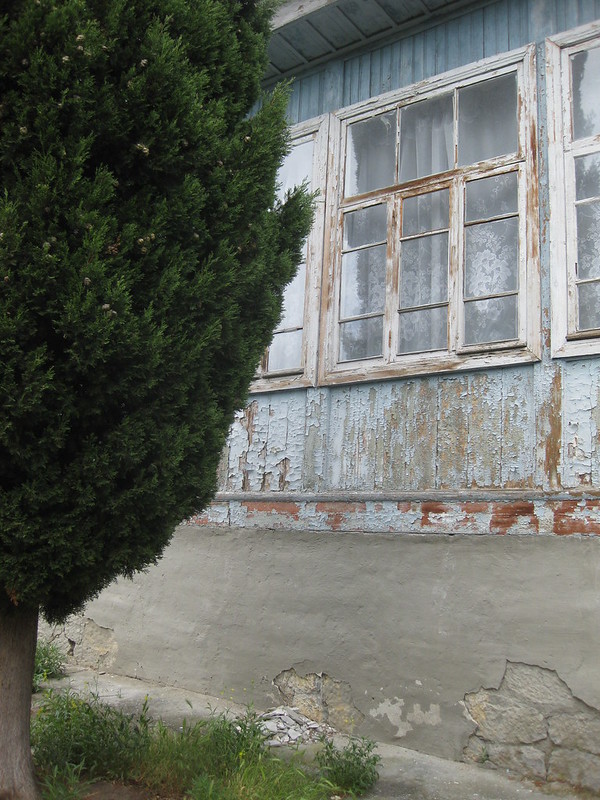 This sanatorium in Alupka was treating people with TB and nervous system-related health issues – with the view over the mountains, rest in the beautiful park and walks along the sea included. Sign me up! Too late though – seems like it was shut down just recently, its website merely saying that ‘the distribution of vouchers has been suspended’. 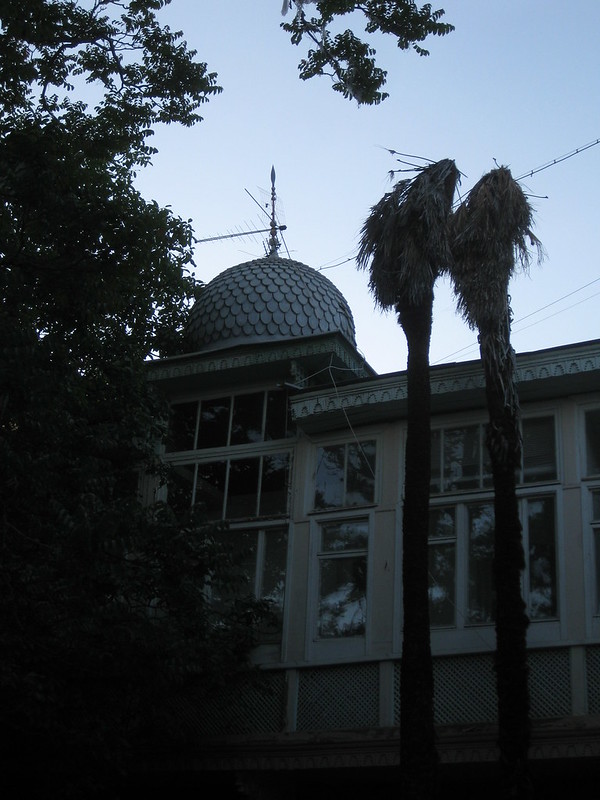 I don’t have any blood-curdling story to go with this ghost sanatorium, there’s just this sad but seemingly inevitable fact that most of the unprofitable Soviet heritage in Crimea – as in many other places across Russia – goes wasted, abandoned, looted and burnt down. 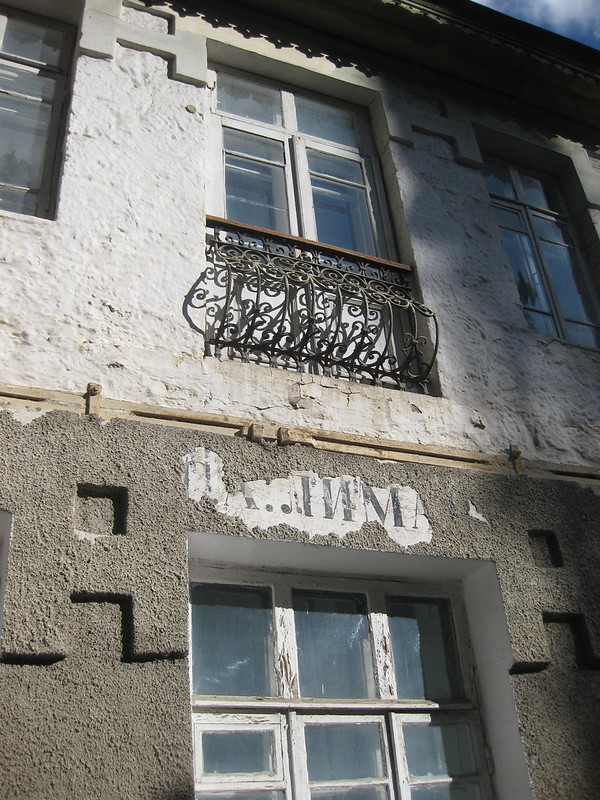 I’ve googled this sanatorium and they say it was established in 1917 (rings a bell?) out of various nationalized mansions and dacha that were unfortunate enough to be built by rich people in Alupka before the revolution. 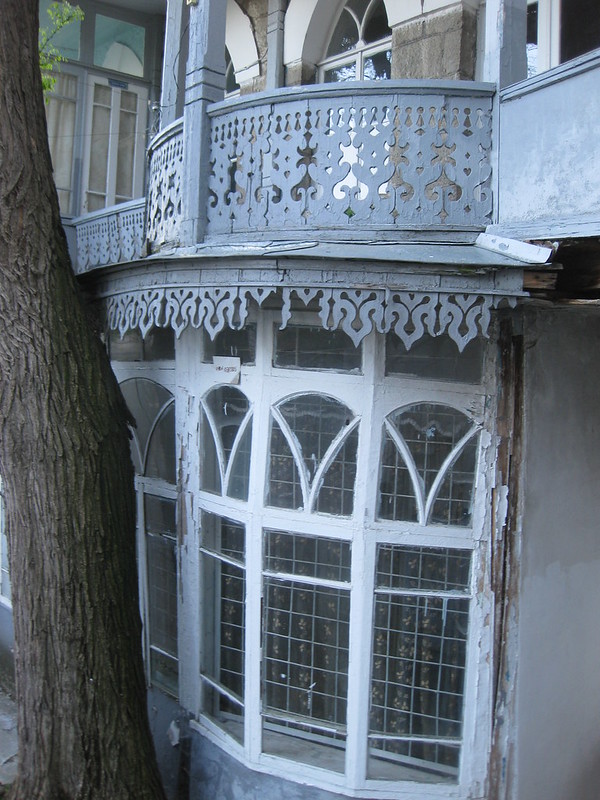 Little did they know back then that thousands of Soviets willing to recover from illnesses or to regain some health would flood into their leisure houses and their private rooms would be turned into common bathrooms, dining halls and massage cabinets. 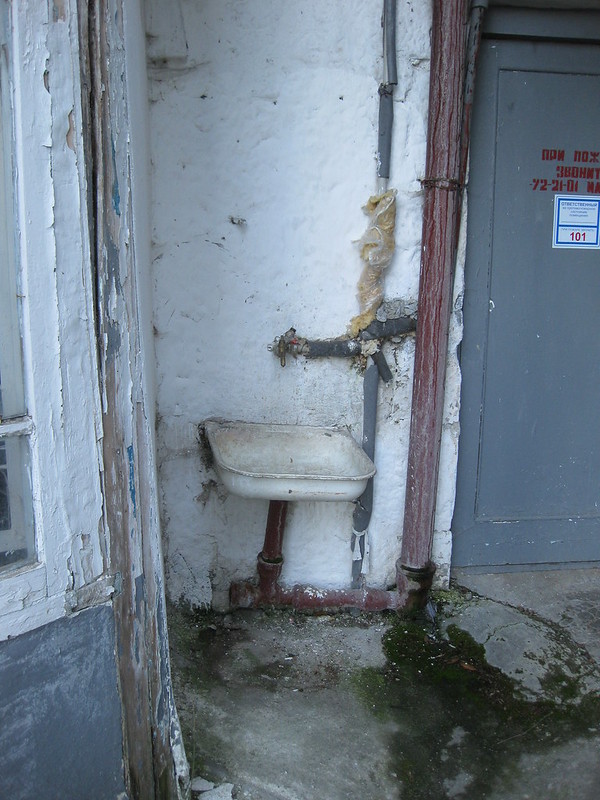 Hence, this place in Alupka is double decadence – first it was abandoned by its owners and then it was (very recently) left by the people who ran the sanatorium. Some of the buildings however seem to be used as apartments (that’s where I got driven away by the dogs) – although the ‘medical service’ car parked outside manifests that those who occupy this place are probably its former employees. 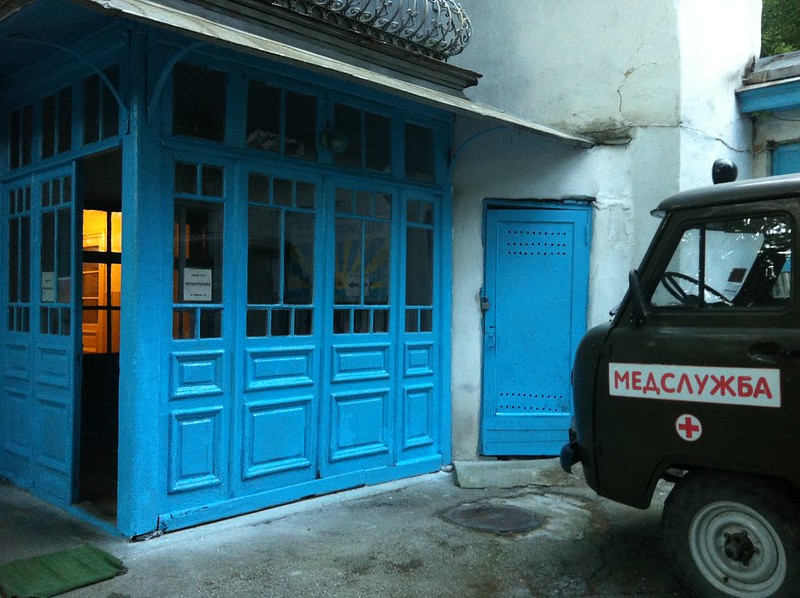 Looks like the door to this mansion got a little bit … blocked: 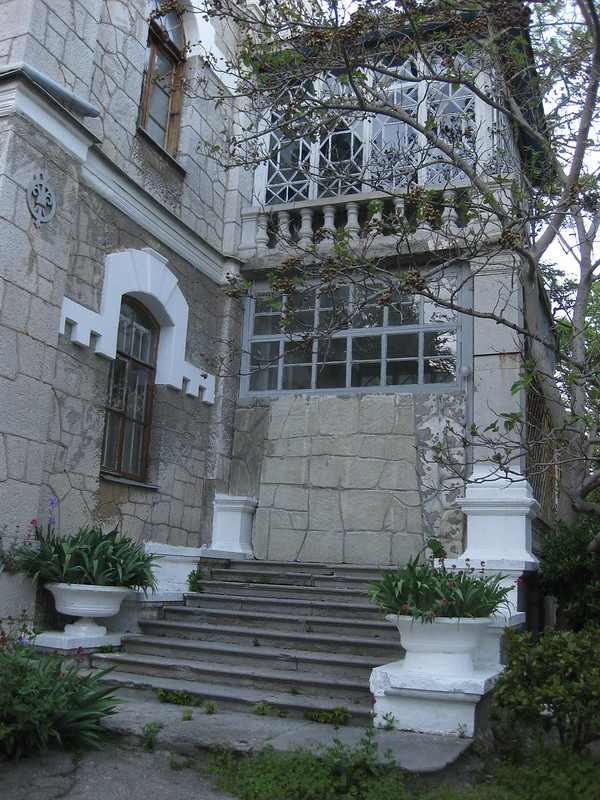 This building is way below the ground: 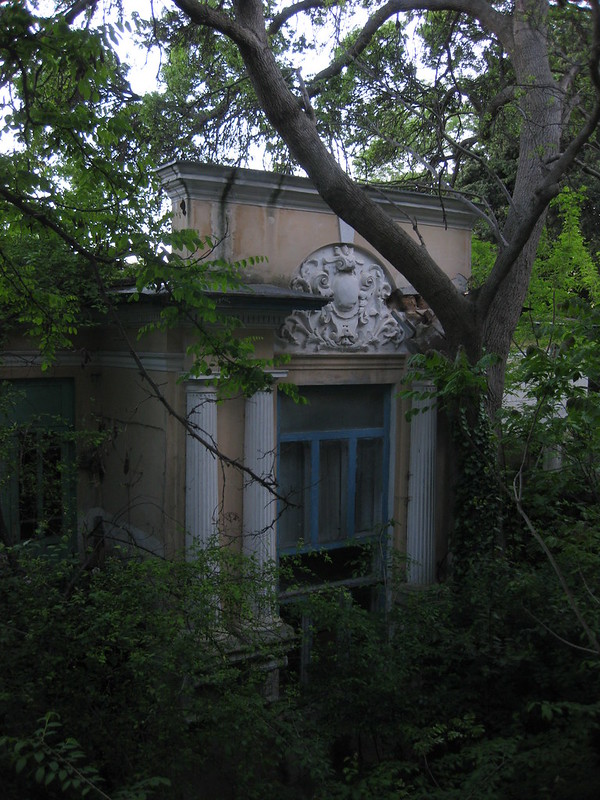 Now nature is taking its own back, turning these places into a sort of savage woods. 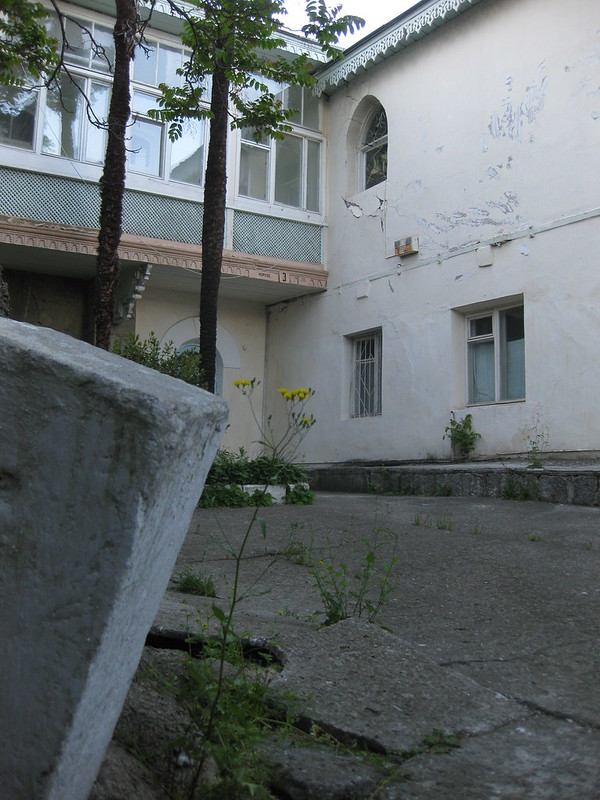 One of the mansions got particularly unlucky as it was turned into a dump …. with a few cats really loving it there. Meanwhile, how do you find this balcony? 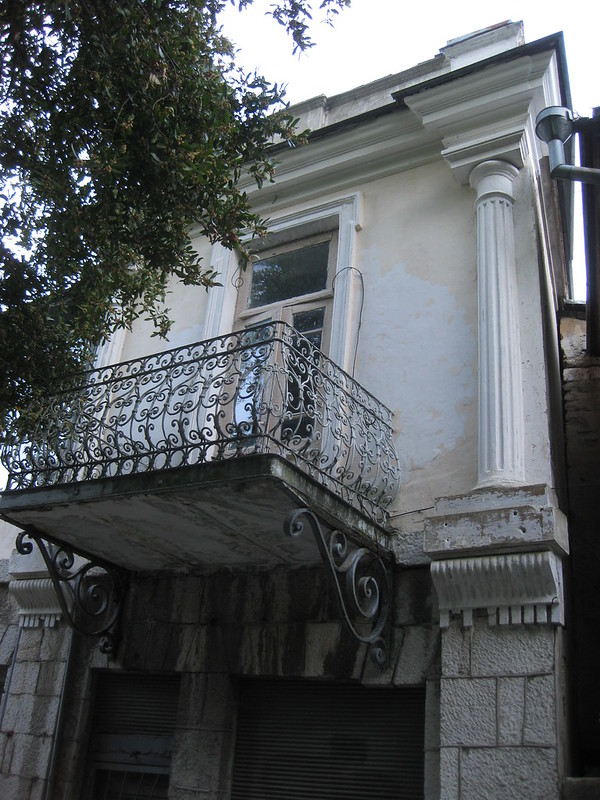 ‘Govorit Moskva…’ (This is Moscow speaking): 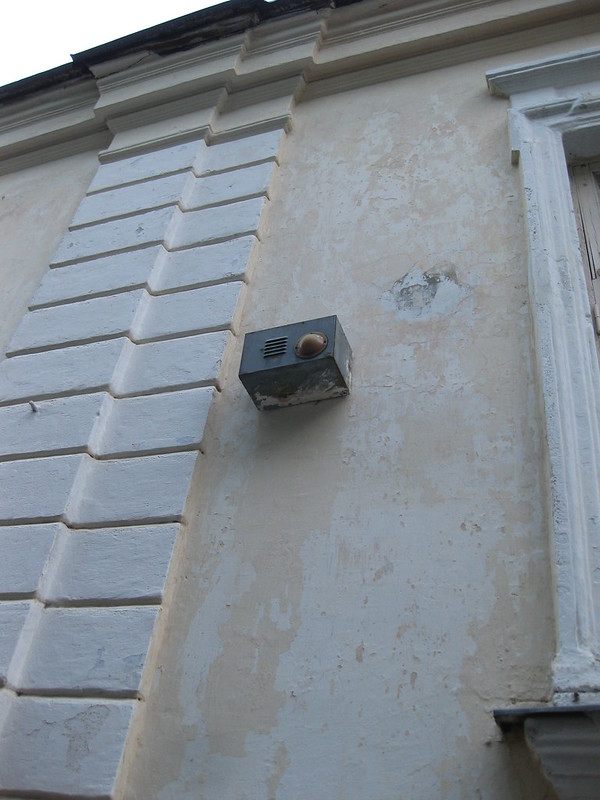 This blue house was on the ‘beach’ (there’s not one there, everything is either cemented or full of rocks), I was there in May and someone already wrote ‘Alupka Summer 2017’ in red paint on one of its sides (the hammer and sickle sign from the photo above was spotted near the ‘children’s beach’): 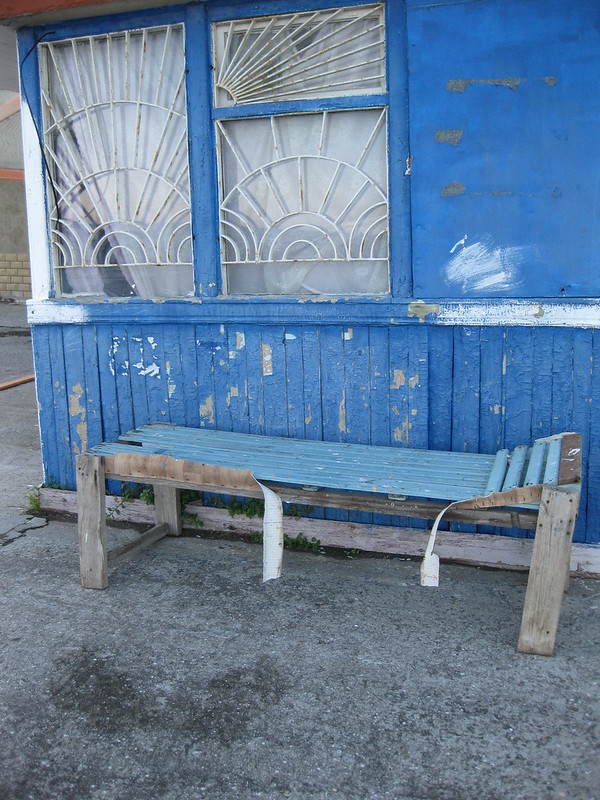 One of the mansions belonging to the sanatorium is just below the hotel I was staying at – it is already in a half-burnt state and the hotel’s owner has the intention to expand his premises incorporating it too. I hope at least one of them will get a proper – and delicate – facelift. 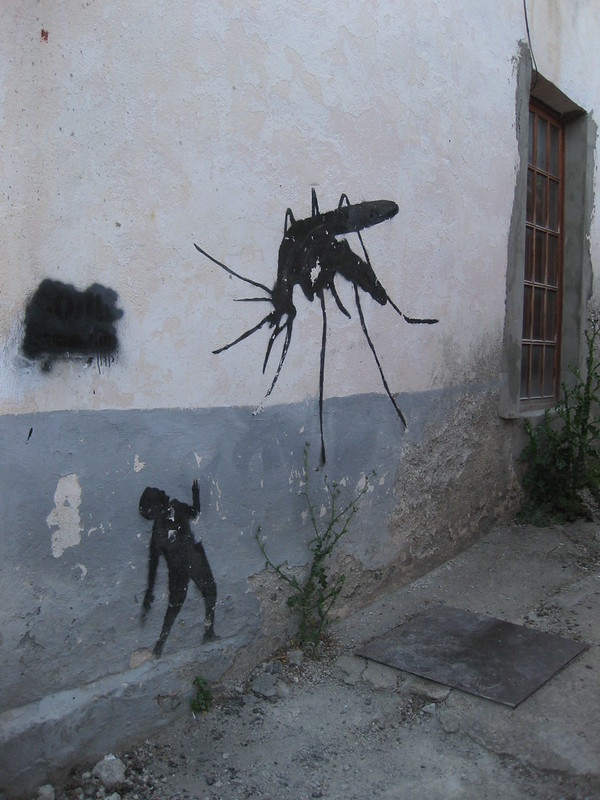 … They say Abkhazia is the place to go if you’re interested in decadence overtaken by nature. Will go there one day.